Most people would agree that you have to hide from the world to gain clarity on a semi-charmed life. Personally my preferred escape route is behind the steering wheel blasting brand new music while I  am cruising down the highway — aka listening to music on my commute home from work. During this REALLY exciting commute, I usually like to listen to new songs because it allows me to focus for three to four minutes in search of an opinion – basically I decide if I love it or not and then dive head first into a rabbit hole to learn the inside out of that unfamiliar new artist.

However this first blog post is not going to address anything new because sometimes life gives you days that make you crave the comfort of familiarity.

In light of the last few months I have needed something a little more familiar; music that hits home. I am talking about the songs that hit you like a brick wall — the songs that force you to free fall into emotions — the songs that help define how you are feeling in a weak moment. People need music to rediscover a memory or heal from a painful wound, (sorry mom) I hold on to certain songs just to survive.

2017 has been a tough year. Hell it’s been a catastrophic year. As I have been prepping for this blog launch, the music community has been hit with a continuous storm of horrible tragedies. There have been hours where I had no clue what to say, do or listen to because my head kept spinning.

On September 8th, 2017, Troy Gentry died in a devastating helicopter accident. All of my social media was filled with sympathy and radio stations like 92.5 The Bull dedicated their air waves to Montgomery Gentry. I replayed “Something to Be Proud Of” fourteen (14) times in one day and as I was nearly runnin red lights, I cried and told myself that no matter where I go in this life I am damn proud of my family, friends and the person I am still becoming. That was some really odd clarity from such a heartbreaking incident.

It was in that same day that I began to curate a playlist that reminded me of everything that is important. Songs that represent heart break, record year(s) and the places that I would want to escape to.

The Hit Home playlist is now my saving grace.

Sunday, October 1, 2017 was a day I was counting down to since June. It was the day I selected for my Blue Bandana Country photo shoot and the real launch of an idea two years in the making *ahem* (this blog). However, this day is now completely unforgettable due to the Las Vegas shooting at the Route 91 Festival.

Honestly… I am having a really difficult time gathering my thoughts about this horrific massacre but what I do know is that I felt helpless and have yet to find any clarity on what happened.

I never planned on my first post being vulnerable or yet another reminder of that heinous night but I don’t really know how it could not be. It is very difficult to convey my condolences for those who were there but the one thing I can tell you is that I am grateful for this playlist I created. As the news broke and details emerged throughout the week the only thing I could do was listen to Hits Home. It was like force feeding happy thoughts into my brain that was numb. Some songs even twisted my arm into actually being emotional instead of turning into a robot.  I had to cry — I had to be alone — I had to indulge in a happy song, sad song, random song and bury myself into lyrics and melodies to remember there is good in the world and still a sky full of stars.

It is important to recognize that an act of pure evil did not break the spirit of humanity, it showed the good in people as they saved and cared for one another. It showed that people are still humble and kind and we aren’t all slow dancing in a burning room. Even though we can all be wild at heart, those who take wrong turns could still be helped. Our lives shouldn’t be taken for granted and we need to stop being the ones sitting, waiting, wishing that something tragic could have been prevented. We need inspiration in the darkest times and songs like these take me home to a familiar place of faces and memories. I am heartbroken for those broken halos that were lost that night but I am encouraged to know that when I get where I’m going that I will be able to help in some way. 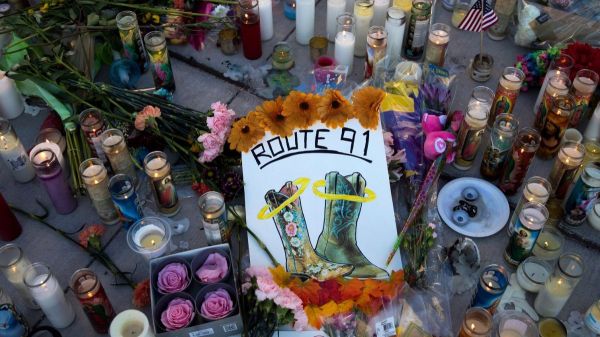 It encompasses various genres of music which in turn represent a lot of important moments for me. I have been making playlists since before I can remember; I mean lets be real, if I had been born in the early 80’s I’m sure I’d be that music nerd that gave everyone a mixtape for Christmas. So with that said, some of the songs selected are ones that I have added to playlists a long time ago but that is what makes this particular playlist incredibly vulnerable for me. These songs represent everyone and everything I care about. They are my friends, family, places, memories, heartbreaks and dreams. I know that some people reading this blog have not met me yet but quite frankly (since it is my VERY first post) you are all my people.

You my friends, are the songs to my Guardians of the Galaxy mix tape. (I just had to).

The 90 songs selected bring out emotions that I will need till my last day. The world will continue to give us days that ache but there will also be the milestones where we need a reminder of where we come from as familiar artists chime into our ears.

Friends and family, thank you for being my “Something to Be Proud Of” people.  Please indulge in my story of song selections and I encourage you to build your own. There will come a day that you will absolutely need one playlist and it might just help you find some clarity when you want to get away from the world for a minute.

For now I’ve got the perfect blue print for you…

P.S. Happy Birthday Dad. You are my Village and Lovely Day.