Okay – I woke up dancing out of my bed this morning. Picture me dancing on my bed like the scene in Bring It On that has now been revitalized due to the Thank U Next music video.

So why was I dancing so silly straight out of bed? Not only is it Friday/pay day but Kassi Ashton graced the streaming airwaves with “Violins.”

She had be teasing the song the entire past week and now her fans are finally able to hear the 3 minutes and 41 seconds of a kick ass song.

I have a few immediate thoughts that I had to share. So here we go.

This song is everything to make a person strut their way into their day. No one likes to give into an ex or sad story when they had been done wrong by said person; so if that is your prerogative of needing to send a message of OKAY BYE, this song is about to be your anthem.

To be honest, I think it is genius to release a single during the beginning of the year. I may not be a music executive but as a fan I can notice when my friends tend to have peaked interest; which is now. Most people are coming off of the over played holiday music and are eager to learn who will be touring together through the spring/summer country concert months. With live shows at top of mind, fresh new singles are craved and props to the Kassi Ashton’s  team for giving us a powerful single in January 2019.

That “DOES” impress me much… 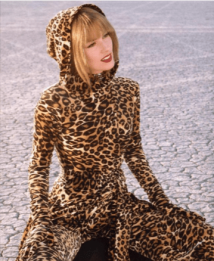 Not only did Kassi Ashton release a song BUT she linked it in with an ALL FEMALE curated playlist.

Yes, you read that correctly. When you click the link on her social pages, it will direct you to the single VIOLINS to which is perfectly placed in a blanket of marvelous songs put together by Kassi herself.

This is third level marketing Y’all. Not only is this genius and quite simple; this playlist is PERFECT for the fan base Kassi is building. Her fans not only adore her sense of style and voice but the fact she is increasing awareness of other female artists that compliment the message and groove to her song, puts this gal on another playing field.

Typically, I have my own perfectly curated playlists that are my go to on my commutes, but after takin a gander at what songs she included on this morning I have heard  I know I am going to be stuck on this playlist for the next few weeks.

I mean who would turn down an opportunity to listen to Gwen, Beyonce, Danielle Bradberry, Carrie Underwood, Maren Morris, Halsey, etc.

It is seriously going to turn into my favorite way to start each day.

I had gone back and forth on how I wanted to present this to our west coast following.

I know everybody in Nashville has already jumped on the Kassi Ashton bandwagon but this girl deserves a much bigger space capacity for her fans than a bandwagon or train.

Shit I would give her a pirate ship to throw people on because she’d rock a pirate outfit but at this rate this girl needs her fans to hop onto a Jet Plane because I see her soaring high and fast real quick. A Jet Plane with a taxidermy deer on the front that is…

So if Kassi keeps on with her innovative style, quirky personality and killer talent I have full faith we have a star in the rising. I know I have been addicted to her social media and music ever since I saw her live in Nashville during CMA Fest circa June 2018.

So keep watching, follow and listen because this babe ain’t slowing down.

You could be one of the first on the west coast hopping on her jet plane.